Buffalo’s lead poisoning problem – already recognized as serious – is much worse than previously reported by state and local health officials.

Put another way: At least three times more children have harmful blood lead levels than previously disclosed. This in a city already regarded as Ground Zero for lead poisoning upstate.

“I’m surprised at how bad and how high that number is,” said Arthur Wheaton, the director of Western New York Labor and Environmental Programs for The Worker Institute at Cornell University.

Although the number of children with elevated blood lead levels in Erie County has declined by more than 40 percent over the past decade, the previously reported numbers from the state and county still show that Buffalo has a serious problem – the worst in all of upstate.

For instance, neighborhoods on the city’s west and east sides accounted for three of the four upstate ZIP codes reporting the most new cases, according to the state’s most-recent comparable data for a three-year period ending in 2012. 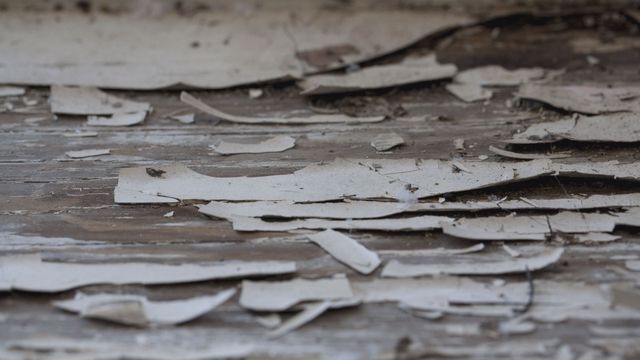 Experts say lead paint chips and dust are the leading cause of elevated blood-lead levels.

The CDC has determined there is no safe blood lead level in children. There is a growing body of research that shows blood lead levels as low as 2 micrograms can cause irreversible harm to a child, such as a lowered IQ.

The New York State Department of Health won’t discuss why it has not adopted the stricter federal guideline and would not make State Health Commissioner Howard A. Zucker available for an interview.

Sen. Charles Schumer told Investigative Post in February that the state should bring its standards for lead poisoning in line with stricter federal thresholds.

“Many of the scientists said the threshold was too high,” Schumer said in explaining why the CDC lowered the guideline from 10 to 5 micrograms.

Children who are diagnosed with lead levels of 5 to 9 micrograms are not counted in the state and county data. In addition, the families of the affected children miss out on critical county services that help families deal with the impacts of lead poisoning.

“Currently, our grant only provides us with funding resources to reach children with elevated blood levels of 10 and above,” Burstein told county legislators.

Although Erie County health officials do not have a precise number of children affected, Erie County Executive Mark Poloncarz proposed $3.75 million over five years for lead prevention, a portion of which will address the lack of case management for these children diagnosed with levels of 5 to 9 micrograms. The County Legislature has not approved the plan.

Triple the number of children diagnosed at the CDC threshold may seem like a heavy lift for one nurse, but Poloncarz said the job should be doable.

“We’re not talking about a nurse spending time at a bedside,” Poloncarz said.

“This is case management. If need be in the long run if we realize that’s not sufficient then we’d consider going for more.”

Neither state nor county officials can provide a precise number of children who are diagnosed with blood lead levels of 5 to 9 micrograms because the state’s data collection system is not set up to track and and analyze the cases of children whose lead levels fall in the range.

For example, the data obtained from the county by the Investigative Post through the Freedom of Information Law includes an unknown number of children who had been retested in the same year. In addition, the data included children who tested for higher blood lead levels earlier in the year and subsequently fell into the lower range after a second retest.

“If you look at data from around the country, it seems pretty consistent that there are around three times as many kids with 5-9 [micrograms] as there are kids with greater than 10 [micrograms],” Katrina Korfmacher, a lead poisoning prevention expert and associate professor for the Department of Environmental Medicine at University of Rochester Medical Center, wrote in an email.

County health officials said they are working with the state to determine a more precise number of children who test at the lower levels that the CDC considers concerning.

“If we had that number we’d give it, but we don’t control that data,” said Poloncarz.

Bruce Lanphear, a professor for Faculty of Health Sciences at Simon Fraser University in British Columbia, said the lack of precise data presents “a huge problem.”

“It means public health is failing,” said Lanphear, who studied Rochester’s lead poisoning problem in the 1990s while an assistant professor at University of Rochester.

“You can’t do good public health without surveillance and that surveillance needs to be accessible to the public and certainly to journalists,” he said.

Monroe County, however, does not “rely upon [New York State Department of Health] for their information,” wrote Elizabeth McDade, the program coordinator for the Rochester Coalition to Prevent Lead Poisoning, by email. “They developed their own system—it follows all appropriate protocols—and are the only county in New York to do so.”

A very small amount of lead paint dust can result in a house failing inspection under federal Environmental Protection Agency regulations. In fact, the amount it takes to trigger a failed inspection is equivalent to spreading 128 grains of sugar over the floors of a 2,000 square foot home.

“When you think that we are measuring exposure in millionths of a gram, it really drives home how an incredibly small dose can do so much damage to a child,” said Stephanie Kellner, program coordinator for the Western New York Lead Poisoning Prevention Resource Center. 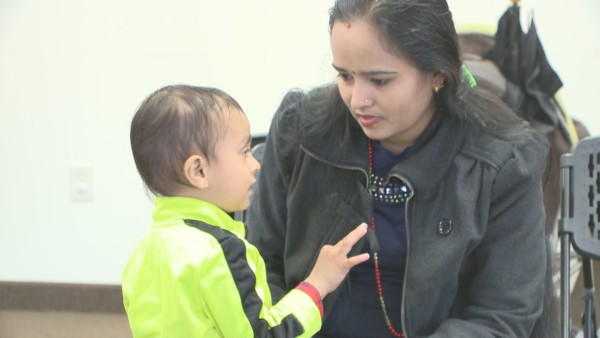 Saraswati Tiwari’s apartment in Buffalo had peeling and chipping lead paint, but she was initially unaware of the hazard it presented. After all, she believed her West Side apartment was an improvement over the bamboo hut she had inhabited in Nepal three years ago.

“Back home I had not known about lead,” she said through an interpreter.

Tiwari two years ago found out that her son tested with a dangerous amount of lead in his blood. Now she can’t stop thinking about her son’s lead level, which is high enough to cause learning impairments and brain disorders such as attention deficit.

“I feel tense about it,” she said. “It keeps hitting my mind.” 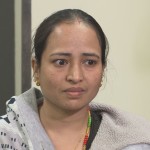 Her family received services from the County Health Department, who sent officials to check her apartment for lead hazards.

But Tika Bhattarai’s family did not because her son tested for a blood lead level of 7.5 micrograms per deciliter of blood. County health officials did not inspect her apartment to find potential causes or provide any case management because his level was below 10 micrograms.

“And I need to know if my new home is safe or not,” Bhattarai said.