Authorities steered swimmers away from a Southtowns beach more than 30 days last summer because of unhealthy levels of bacteria in the water. But adjacent beaches owned by two popular waterfront bars remained open to patrons because the businesses lack permits that require testing of the water and closure when fecal matter and other bacteria are detected at dangerous levels.

One of the bars, Turtle Joe’s Sand Bar, appears to be in violation of the state beach code. Whether Mickey Rats Beach Club is in violation is open to interpretation. Owner Richie Alberts obtained what he maintains is a waiver in 1987 and again in 2010, but Erie County health officials contend the paperwork they issued does not constitute waivers. 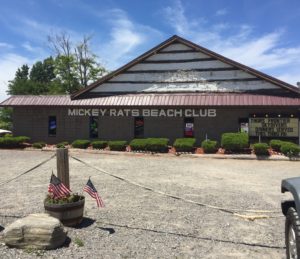 This much is beyond dispute: Patrons of the two beach bars are routinely swimming in water that authorities have deemed a public health hazard at a public beach just a stone’s throw away.

Lake Erie beaches frequently close after moderate or heavy rains, which can cause sewer overflows and carry runoff into the water containing contaminants that include human and wildlife fecal matter and other pathogens. Swimming in unhealthy water can give people rashes, diarrhea and upset stomachs.

“You can get sick,” said John Finster, a former Erie County public health engineer who retired last year after 16 years. “It could be dangerous.”

Finster contends that both establishments should be required to get beach permits and that he made his superiors aware of his concerns in 2009 and again in 2014. His superiors chose to do nothing, he said.

“Each time the answer came back the same and it was they don’t need to have permits,” Finster said.

Alberts, the owner of Mickey Rats, insists he is on firm legal ground.

“I have a letter stating that I conform to the rules as long as I put up the signs stating no lifeguard on duty and no swimming,” he said.

The Chautauqua County Health Department has taken a firmer stance with another popular lakefront bar, Sunset Bay Beach Club in Irving. The club is required to have a beach permit, and, as a result, the water is tested at least weekly and the beach is manned by lifeguards.

“It meets the definition of a bathing beach: It’s open to the public and there’s a beach there’ ” said Mark Stow, Chautauqua County’s director of environmental health services.

Swimming in front of bars

An Investigative Post reporter who visited Mickey Rats and Turtle Joe’s on a recent Saturday early afternoon witnessed about a dozen boats and jet skis lined up about 10 feet off the shoreline. Boaters and their guests were swimming, playing music and enjoying the 86 degree sunny day. Some three dozen adults and children swam in front of the bars.

Mickey Rats is a summertime institution in Angola, drawing hundreds of customers on the weekends. Its vast beach has volleyball nets and plenty of room to get a tan and swim. 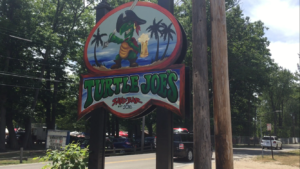 Turtle Joe’s, which was formerly called South Shore Beach Club, has annual events that attract boaters, such as the annual Pirate Raid in July when patrons don pirate costumes and decorate their boats.

Customers of Mickey Rats are greeted at the beach by a large white sign that states the rules: no coolers, pets or glass and no swimming. Similar signs are pinned to fences on both sides of the beach.

Those rules are not enforced. An investigative Post reporter spotted coolers and both people and dogs swimming.

Mickey Rats does not enforce the “no swimming” rule at its beach club.

Mickey Rat’s and Turtle Joe’s are clustered off Lakeshore Road in Angola on the north side of Fern Brook, which feeds into Lake Erie. Evans Town Beach is less than a football field north of the bars; the beach was closed because of high bacteria counts 37 days in 2015 and 31 days the year before.

That works out to about two days a week during the swimming season.

“Usually what happens is if you swim here all the time you’re gonna get sick like the first time you go in the water,” said Justin Kopec, who was swimming at Evans Town Park Beach.

Alberts, the Mickey Rat’s owner, said past attempts at keeping patrons out of the water have failed.

“There’s really no way of enforcing it,” Alberts said of the swimming ban.

“There’s boats that pull up. How do you stop somebody? Stand there and scream at them? It’s not feasible,” he said.

In any event, Alberts said he has seen people swim at the public beaches when the county had them closed for high bacteria.

Listen to our radio version of this story broadcast on WBFO.

“I realize the health risk if they close the public beaches, but I don’t believe they are doing any more than what we are doing,” Alberts said. “If people are going to enter into the water, then they will.”

Finster, the retired health engineer, said he was unaware that Mickey Rats had any agreement with the Erie County Health Department.

At minimum, he said, “I’d think you’d have to show you’re enforcing the no swimming and I haven’t seen any evidence of that.”

“If I was an operator of a place like that, I would close when the public beaches close.” 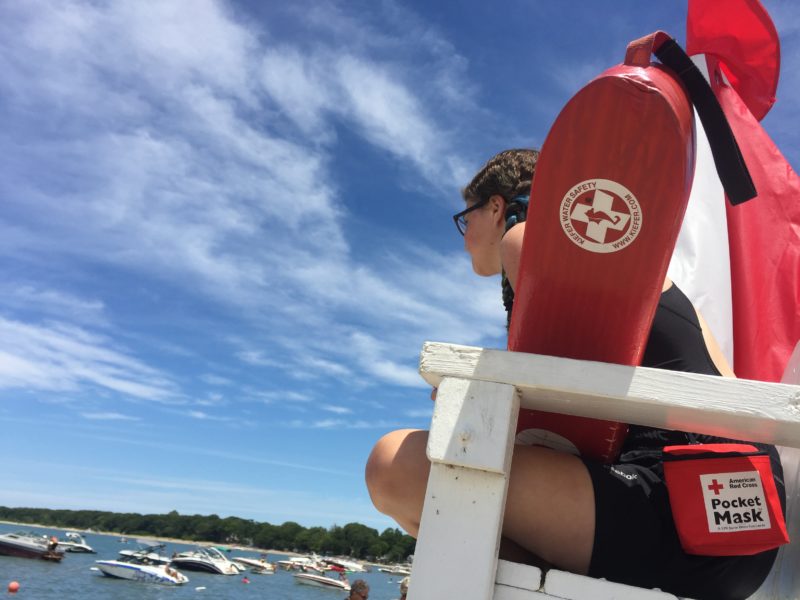 A lifeguard at Evans Town Park Beach overlooks boats and swimmers at the two nearby bars.

Erie County Health Department officials refused interview requests and would only answer questions by email. The department said it is unaware of any waivers and that the documents Mickey Rats has are “more akin to a Memorandum of Understanding that the owner cannot advertise, promote or allow swimming on his property.”

“As such, the owner is responsible for not permitting swimming on his property, and would therefore be liable should an accident occur,” the department said in the email.

Stow, the county’s director of environmental health services, said the Sunset Bay Beach Club has had a beach permit for decades because of the risk of drowning and potential exposure to unsafe water.

If Sunset Bay decided to not renew its permit, he said, “we would expect the owner of that beach to enforce the no swimming. Period.”

“We’d be checking up to make sure they weren’t engaging in allowing people to go swim there unprotected.”

The state bathing beach code requires a beach permit if the owner “openly advertises” swimming or if the premises are used for swimming with the “implied” permission of the owner. 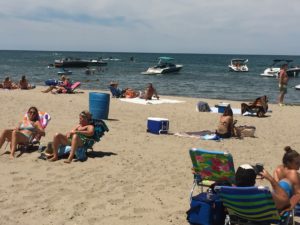 The Erie County Health Department said in its email that people entering the water from their boats to get to the club and then returning to their boats to leave may not be considered swimming.

“However, other bathing activity would necessitate applying for a permit,” the department wrote in an email.

Finster maintains the beach clubs should be required to obtain permits.

“This is a gaping loophole in the code, where somebody can slide through, operate or have swimming going on in front of their establishment, while there’s no swimming on a day where water quality is bad at the beach next store,” he said.