The state Department of Environmental Conservation’s long-awaited air quality study at the Peace Bridge is finished, but the agency is refusing to release the report until after a community meeting next week.

A chain of emails obtained by Investigative Post reveals a growing frustration among West Side residents over what they consider the DEC’s lack of transparency and the short notice given to the public about the upcoming meeting. Some residents complained that the DEC provided them less than a week’s notice of next Tuesday’s meeting.

Nadejda Petrova, who lives off Prospect Avenue, had emailed DEC officials asking that the study be released ahead of the meeting. The DEC has refused.

“I am angry about it and the more I think about it the more angry I am,” said Petrova, who spoke to Investigative Post on Thursday afternoon. “It is incredibly rude and incredibly inconsiderate.”

Although the neighborhood adjacent to the Peace Bridge has a serious asthma problem, the original DEC air monitoring study released in 2013 concluded that “there are no significant differences between air quality in the plaza neighborhood and in the City of Buffalo overall.”

That study, however, was widely rejected and criticized by scientists, residents and the federal Environmental Protection Agency.

In fact, Judith Enck, the top official for the EPA in the Northeast, who has become increasingly critical of the DEC and the state Department of Health, told Investigative Post in 2013 that: “I certainly would not reach a conclusion saying that ‘the air is safe’ in the neighborhood surrounding the Peace Bridge.”

As a result, the DEC announced in November 2013 that it would do a more comprehensive air monitoring study.

Almost three years later, and at least a year late, the study is finally finished.

“We were told it was late, but it was going to be released in April,” said Kathy Mecca, a neighborhood activist and president of the Niagara Gateway Columbus Park Association.

“I don’t feel like there has been adequate transparency and we do not trust that this government agency can be independent from the executive branch this time around.” 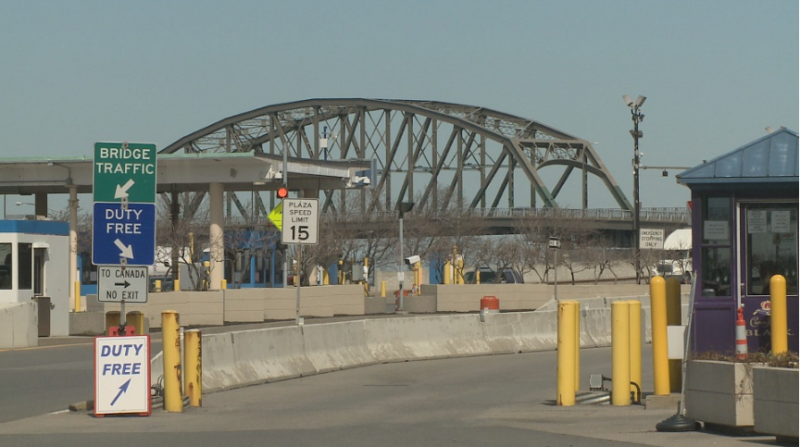 The DEC has also refused to release the study to Investigative Post.

Dirk Felton, a research scientist with the DEC’s Division of Air Resources, emailed Mecca and Petrova that the study would not be released prior to the public meeting.

“One of the issues that was brought to our attention after the first study was that the community wanted to receive the report prior to anyone else,” Felton wrote in the email obtained by Investigative Post.  “We agreed and have stuck by that plan.  If questions come up about the study after our meeting we will of course be available to answer them.”

“This is the most ridiculous nonsense – we are the community, and essentially the community is asking them to release it,” Petrova wrote in an email to Investigative Post. 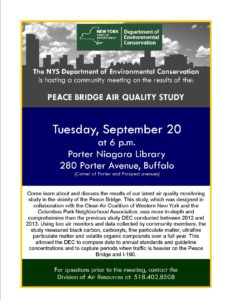 The DEC’s reluctance to share information is part of a pattern. The department has a history of dragging its feet in responding to requests I’ve made over the years under the state Freedom of Information Law. Matters have gone from bad to worse of late.

Five FOI requests I’ve filed since July prompted an unusual letter from the agency on Aug. 19. The letter detailed a timeline for responses to those FOI requests with a warning: “If the agency receives additional FOIL requests from you this schedule will be modified accordingly,” wrote Aldie K. Levine, the DEC’s records access officer.

I did file an additional FOI request Sept. 7, which prompted the DEC to extend the wait on one of my prior requests by almost two months and a second one by an additional month.

“Again, if the agency receives additional FOIL requests from you or your organization, this schedule will be modified accordingly,” Levine wrote on Sept. 13.

Robert Freeman, the executive director of the State Committee on Open Government, said the law is silent on this situation, but he believes “the submission of a new FOI request should not unnecessarily extend the time for responding to a previous request.”

“I don’t believe it is reasonable to engage in punitive action when multiple requests are made by the same person or entity,” Freeman said.