Lack of scrutiny for subsidy programs

Comptroller, watchdogs lament the failure of officials to improve transparency and assess effectiveness of spending
By Charlotte Keith
By Masako Melissa Hirsch and Charlotte Keith
This is the final part of a series that began Sunday. The full lineup of stories, columns and radio interviews can be found here »

State and local economic development agencies in New York give away billions of dollars in subsidies to businesses every year but do little to assess what taxpayers are getting for their money.

“What politician doesn’t want to stand there with a shovel in their hand and a hard hat on their head to announce new jobs coming to their district?” said Ron Deutsch, executive director of the Fiscal Policy Institute, a labor-backed think tank.

“The problem is that we lack follow up on whether those jobs actually materialize and whether it is cost effective to be employing that type of strategy.”

New York’s corporate subsidy programs have been plagued by investigations of corruption and waste. Although critics say that more transparency would help prevent such problems, New York lags behind many other states in making basic data available to the public.

Indeed, study after study, done by watchdog groups, the state comptroller’s office and the governor’s own tax reform commission, has reached the same conclusion: the way agencies track the subsidies they hand out makes it difficult to determine whether the programs are effective and companies have lived up to their promises.

“There are no real measures to determine if taxpayers are getting their bang for the buck,” said Andrea Miller, a policy analyst with state Comptroller Thomas DiNapoli.

Empire State Development, the state’s primary economic development agency, “makes no public assessment of whether its disparate programs work effectively together, whether such initiatives have succeeded or failed at creating good jobs for New Yorkers, or whether its investments are reasonable in relation to jobs created and retained,” the state comptroller’s office reported in 2015.

In response, Gov. Andrew Cuomo said he disagreed “fundamentally” with the comptroller’s findings.

ESD officials declined an interview request for this story. 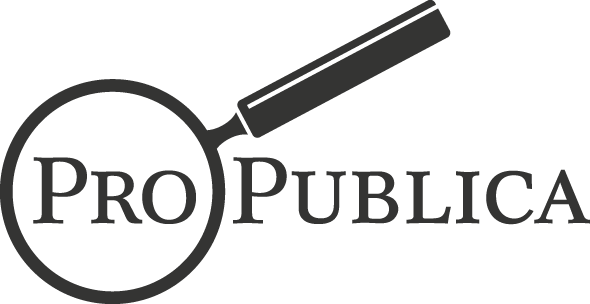 Dig Into Our Data

ProPublica, working with Investigative Post and the Columbia University Graduate School of Journalism, has built a searchable database of nearly 16,000 economic development deals statewide. See for yourself how state and local officials are dishing out subsidies.
Explore the data »

Investigative Post, ProPublica and the Columbia University Graduate School of Journalism learned firsthand of the limitations of the state’s recordkeeping when they built a database of nearly 16,000 economic development deals between 2011 and 2014.

Much of the data was hidden in state reports, only obtainable through public records requests, or spread across different agencies, and took several months to gather. One data set often varied widely from the next.

The limitations of the data became major roadblocks in determining which companies received subsidies and whether they lived up to the commitments they made in exchange for financial assistance.

“I struggle every year in hopes that when looking at these reports I can say, ‘Oh, the state of New York spent this much money, we got this many jobs, so the cost per job was …’ ” said state Sen. Liz Krueger, (D-Manhattan).

“I would love a report that showed that across programs.”

Just trying to grasp the size of New York’s economic development spending can be a challenge. New York offers incentives through dozens of programs to companies looking to move to, or expand in, New York, each with its own admission standards and reporting requirements.

“There are no real measures to determine if taxpayers are getting their bang for the buck.”  — Andrea Miller, analyst with state comptroller

A 2016 report by the commission found the state was expanding economic development programs without demonstrating their effectiveness or improving the ways that job creation is tracked.

“More robust reporting requirements are necessary so that project outcomes can be evaluated and ineffective programs modified or eliminated,” the report concluded.

The Tax Reform and Fairness Commission created by Cuomo also lamented the lack of critical analysis, specifically about tax breaks, in its 2013 report.

“Despite good intentions, these credits may not result in a good return on investment for the State,” the report said. “They are not subject to the annual appropriation process, and more efforts are needed to measure their effectiveness.” 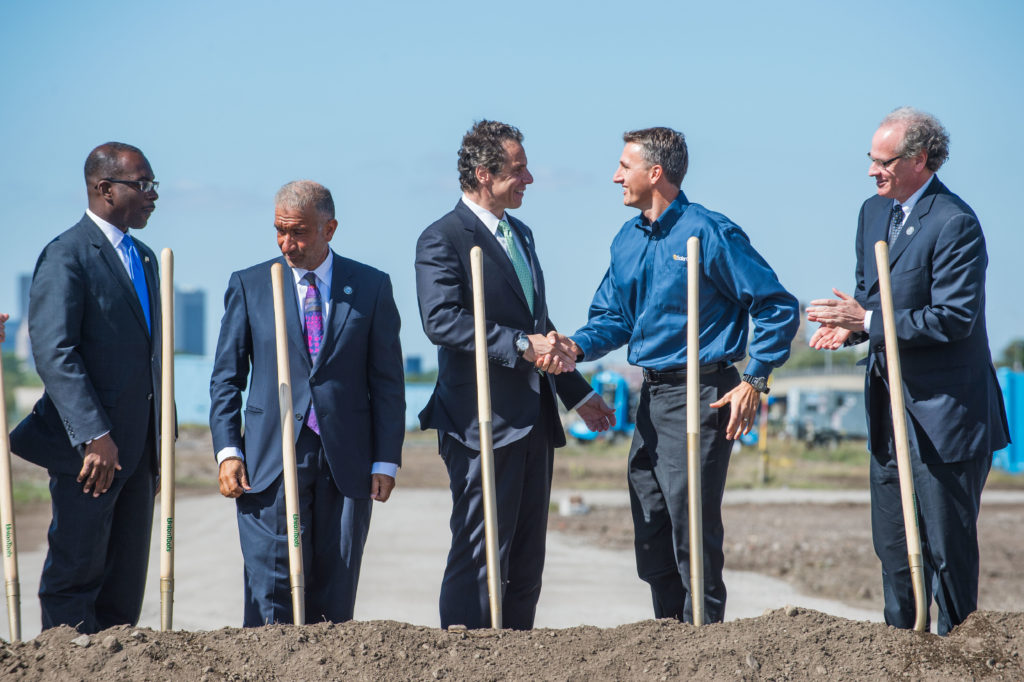 Cuomo was the center of attention at the SolarCity groundbreaking in 2014. Joed Viera/NY Daily News

When the state comptroller’s office has sometimes been stymied when it attempts to evaluate programs.

Take the comptroller’s audit of the Excelsior Jobs Program released last July, which noted steps it said Empire State Development staff took to thwart its work. Excelsior, established in 2010, allows companies to receive 10 years of refundable tax credits for meeting job and investment thresholds. The state has already committed at least $625 million to companies through the program.

“Although ESD asserts that it supports programs’ transparency and accountability, it continued a pattern we observed in recent audits in which officials were far less than forthcoming in responding to auditors’ requests for meetings, project files and other necessary information,” the report said.

It went on to detail what it said was a “pattern of actions to delay and impede our audit work.” ESD disputed the comptroller’s findings, saying the findings were based on a “fundamental misunderstanding” of how the program works and is governed.

Efforts to hinder transparency haven’t ended with the comptroller.

Many of the governor’s most ambitious economic development projects in Buffalo, Syracuse and Albany were administered by two state-affiliated non-profit development corporations, who initially held that they were not subject to state open meetings and freedom of information laws. The development corporations have become somewhat more transparent in the face of the filing of corruption charges against Alain Kaloyeros, who directed the two organizations.

The 109 industrial development agencies spread across the state report some of the most comprehensive and readily available information on the incentives they provide to spur local business.

The availability of the data is partly a result of two rounds of reform legislation, including the creation of an independent oversight body, the Authorities Budget Office, as well as changes to the law championed by the state comptroller.

Still, with 12 employees overseeing 580 public authorities, including the IDAs, the Authorities Budget Office struggles to ensure the information the IDAs are reporting is accurate. The number of staff has barely increased since 2010, when a governor’s task force found that the state would need to create 30 positions “as a start.”

“Taxpayers should know if they’re getting their money’s worth.”
— Greg LeRoy, Good Jobs First

The staff perform high-level checks on the data that each IDA reports, but does not review the accuracy of information on individual projects, such as how many jobs a project created or how much a company’s tax breaks were worth.

The agency frequently chastises individual IDAs for their failure to report basic information about job creation and tax breaks accurately, or even report on some projects at all.

“The reliability of the data has gotten far better,” said Michael Farrar, budget office’s deputy director for compliance and enforcement. “But it’s still not close to 100 percent accurate.”

Auditors at the state comptroller’s office came to a similar conclusion in a 2014 review, calling the information reported by the IDAs “incomplete and inconsistent.”

Last December, six good government groups demanded reforms to the state’s process of awarding and monitoring economic development contracts. They were responding to the indictments of 10 state officials and developers who were charged by state and federal prosecutors with bid-rigging and bribery in connection with the awarding of state contracts for projects in Buffalo, Syracuse and Albany.

“Until there are major reforms, billions of dollars in taxpayer handouts to businesses remain ripe for corruption and abuse. The public still does not know exactly who is getting our money and what they are doing with it — and Albany seems to like it that way,” said John Kaehny, executive director of Reinvent Albany.

A sampling of proposals to improve transparency and thwart corruption

Among their proposed reforms was the state’s publication of a “Database of Deals,” allowing the public to see the costs and benefits of all subsidy deals. A handful of states have robust databases, including Illinois and North Carolina, said LeRoy of Good Jobs First.

“Taxpayers should know if they’re getting their money’s worth,” he said.

A Good Jobs First study in 2014 examined how states published information about their economic development deals. New York scored only 38 out of 100, but nevertheless ranked eighth best among the 50 states.

In 2014 and 2015, the Pew Charitable Trusts worked closely with six states to evaluate ways that states could improve their policies. It found that states needed to maintain updated, accurate data; share it among agencies; and use it for evaluation purposes.

In New York, “there’s analysis that’s going on, but it isn’t consistent, so lawmakers don’t have the full picture of the state’s incentives,” said Josh Goodman, an officer with Pew’s Economic Development Tax Incentives project.

Since the state captures local data, it already has the framework for a comprehensive database, said LeRoy of Good Jobs First.

“New York already has a better than average architecture,” he said. “It would have a much lighter lift to create a truly functional database because it already publishes local data.”

“I would think it would be remote only based upon the general reluctance of the agency [ESD] to be transparent,” he said. “Perhaps in a different time, ESD would be that transparent, but I don’t see it happening now.”

Charlotte Keith is an Investigative Post reporter. Masako Melissa Hirsch is a graduate of Columbia University’s Journalism School and her work for this project was supported by The New York World and the Stabile Center for Investigative Journalism.