Buffalo’s lead poisoning crisis – some 1,000 children are diagnosed every year with dangerous levels of lead in their blood – could be worse than reported, Investigative Post has determined.

School officials can verify that only about half the children enrolled in pre-kindergarten and kindergarten have been tested at least once for lead poisoning. It’s uncertain how many got tested twice by the age of 3, as required by state law.

In light of this, the schools have proposed to provide free lead screenings for incoming students and younger siblings at community schools and two mobile health clinics. But Erie County Health Commissioner Gale Burstein does not support the initiative and has cited incomplete statistics to buttress her position.

Erie County Legislator Joseph Lorigo said, “I understand that the health commissioner wants to come in and inflate the numbers and make it look like we’re doing everything we can, but it doesn’t matter if it looks good. We need to actually be reaching those numbers.”

The problem is that no one knows for sure how many Buffalo children meet the state lead testing requirements. State health data only presents statistics at the county level.

In addition, experts said there is a lack of reliable data on lead screenings, in part because some parents don’t get their children screened and, when they do, doctors sometimes fail to report tests results, as required by state law.

“There’s a certain sense of complacency out there. We used to see a lot more of it than we do now,” said Dr. Stanley Schaffer, a pediatrician and director of the Rochester office of the Western New York Lead Poisoning Resource Center.

A recent Investigative Post analysis found that neighborhoods on the city’s west and east sides account for three of the four upstate ZIP codes reporting the most new cases, according to the state’s latest comparable data for a three-year period ending in 2014.

Children can be exposed to lead in a variety of ways, including in soil, drinking water and lead paint, common in houses built before 1978. Local health officials believe lead paint is the chief culprit.

The damage caused by lead is irreversible and includes behavioral problems and learning difficulties, both of which schools wind up dealing with. Hence the district’s interest in the issue.

The commissioner said she did not believe screening children for lead was a problem in Buffalo. Burstein also said lead screenings are most critical well before a child enters the school system and that testing is best left to pediatricians. 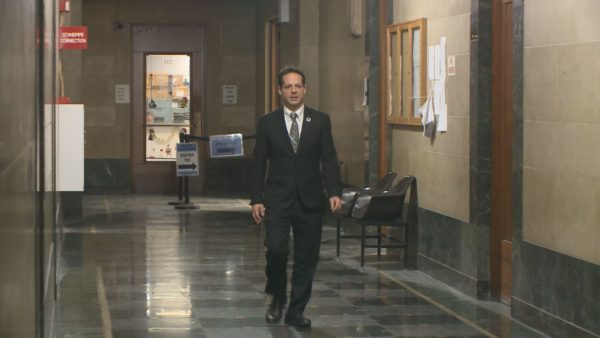 Will Keresztes, who is heading the the school district lead screening initiative.

Will Keresztes, the Buffalo school district’s chief of Intergovernmental Affairs, Planning and Community Engagement, is spearheading the district’s initiative. He wanted to first determine whether incoming schoolchildren were being screened in sufficient numbers.

He asked school nurses in to find out how many of the 4,647 pre-kindergarten and kindergarten students had proof of being tested for this school year. Nurses could verify that only 53 percent of those students had one screening, let alone two screenings as mandated by state law.

That’s up to 2,166 children who either weren’t screened or whose test results were not reported.

“How we got 53 percent is a completely inadequate means of getting this information,” Keresztes said.

“We are getting it from paper copies of what is being reported to us from physicians or when the parents have a physical form that they are bringing from a physician.”

He said the proposal to offer lead screenings at community schools and mobile health clinics would include younger siblings of any students, regardless of whether they are attending school. 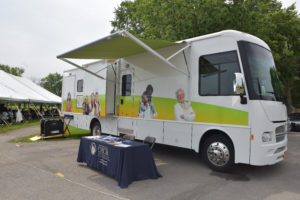 “I want to see us having an opportunity to say lead screenings are available in our mobile health clinics and come one, come all,” he said.

Experts on lead poisoning say testing toddlers at least twice before the age of 3 is critical to ensure doctors intervene at the earliest stages.

Burstein refused an interview request for this story, but the Health Department said in a prepared statement that its goal is “for 100 percent of children to be lead tested twice by age 2.”

“That is why we send hundreds of ‘Two Year Old Reminder letters’ each month, reminding families to have their child tested, and why we provide continuous education to pediatric offices about the importance of lead testing and the lead test reporting system. ECDOH does not have the authority to mandate lead testing.”

The Health Department, which has primary responsibility for combating lead poisoning in the city, could not provide Investigative Post with data specific to the testing of city children. But that hasn’t stopped Burstein from trying to cast some statistics in a favorable light. 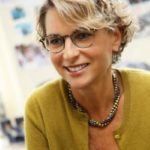 For example, she told the Erie County Legislature during a Feb. 16, 2017, committee hearing that “through looking in our database we found that 95 percent of children we checked had at least one screen at their pediatrician’s office and the other 5 percent are mostly refugees.”

The Health Department later told Investigative Post that Burstein was citing data provided by Head Start, where records of one-third of some 1,500 preschool aged children were reviewed. That’s a fraction of the children in that age group across the city.

Listen to Telvock’s radio story that aired Thursday on WBFO

Lorigo challenged Burstein on the data at the committee meeting. He cited state stats that at the time showed only 45 percent of the children born in Erie County before 2011 had the required two lead screenings by age 3.

“I’m not sure where they get those data, that is not consistent with our data,” Burstein told him. “They may be pulling that from the New York State Immunization Information System, which has a lot of problems with the lead data in there.”

Indeed, there are problems with the state’s database.

Schaffer, the pediatrician and director of the Rochester office of the WNY Lead Poisoning Resource Center, said state law requires doctors and blood testing labs to report lead screenings to the database. But doctors sometimes fail to report test results.

“There have been some issues with getting those results reported by some medical practices into the state database, which they are required to do,” he said.

School nurses are prohibited from accessing the state immunization database that includes information on testing results for individual children. There is legislation proposed this year to give school nurses that access.

“If we don’t have access to the complete health profile of a student, and that means their historic lead levels, we’re missing a really critical piece of data,” Keresztes said.

“I think it’s a great idea,” he said. “Anything that can help get kids tested is certainly something I would support. I don’t know why anybody in the county would be objecting to something like that.”

Despite Burstein’s lack of support, Keresztes said he hopes to start the program within six months.

“There needs to be a sense of urgency around this issue,” he said.

“We think everyone is bringing that sense of urgency but at a certain point we’ve got to follow up talk with action.”