If training practices elsewhere are any indicator, the Buffalo Police Department had no business sending Officer Craig Lehner into the rapid currents of the Niagara River last October.

Depending on the agency, trainees for swift water diving elsewhere typically start out in water moving somewhere between 1 and 4 knots, or under 5 miles per hour. But the Niagara River on the day Lehner trained – and drowned – was moving at a much faster clip – between 8 and 12 knots, or up to nearly 14 miles per hour.

Records obtained from the U.S. Coast Guard show that some divers on scene were uncomfortable diving in the river’s swift current.

Documents obtained under a Freedom of Information Act request show the Buffalo division of the Coast Guard was asked the day after Lehner went missing to identify “a more qualified dive team due to the significant current in the area.”

“Local divers on scene were not comfortable diving in that current,” the document continues.

Investigative Post reported in February that Lehner did not have crucial equipment to undertake such an advanced dive and that he had previously trained in mostly calm and confined water.

Listen to our story broadcast on WBFO

Diving in a fast current like that of the Niagara River is a specialized skill that requires the right equipment and a lot of training.

While none of the half-dozen public safety diving professionals Investigative Post interviewed wanted to speak specifically about the incident involving Lehner, the safety precautions and training procedures they describe for swift water diving differ from what goes in Buffalo.

Robert Shields, captain of a public safety dive team in Rhode Island, said the faster the current “the more difficult it is to control yourself as a diver.”

“Currents can pin you against an object, so whether it’s a branch, or a stump, or a car, under the water you can get pinned,” he said.  “And if you don’t have the ability to break free, you’re kind of stuck there until somebody can come and help you.”

To manage these risks, public safety diving professionals set a limit on how rapid a current they conduct training in. For some teams, it’s 1 to 1.5 knots.

Jeff Morgan, a public safety diver who has trained local, state, and federal law enforcement, as well as the military, said he trains in up to 4 knots of current.

Experts advise wearing electronic communications devices while diving in swift water to facilitate easy and safe communication with colleagues above water. But Lehner lacked that equipment on his fateful dive.

The Coast Guard doesn’t have dive teams at the ready to conduct underwater rescues. Its search and rescue operations are geared towards saving people at the water’s surface. Lehner, however, was diving about 25 feet underwater.

Records show the Coast Guard sent a response boat soon after the Buffalo police dive team realized Lehner was trapped. Once the boat arrived, the police asked the Coast Guard to try to unsnag Lehner’s tether by moving it in different directions. Once they did, “it was discovered that the line was cut,” according to one of the records.

“The missing diver’s secondary oxygen tank and mouthpiece resurfaced in view of where the tether line entered the water.”

At least eight law enforcement and rescue agencies responded to aid the Buffalo police in its search operations the day of, or day after, Lehner’s drowning. The state police and the Rochester Police Department deployed divers.

The search for Lehner’s body went on for five days, with divers battling currents that ranged between 8 to 15 knots, or up to 17 miles per hour.

“The challenges the divers and sonar teams face today is the strong and variable current,” states a Coast Guard record.

Lehner was found later that day, on Oct. 17. His death triggered an outpouring of public grief rarely witnessed in Buffalo.

The Buffalo police declined to comment for this story. Lehner’s family has filed a notice of claim, a precursor to a lawsuit, against the city and the police department, citing “negligence, recklessness and carelessness” in the training and supervision of the dive team.

The state’s Public Employee Safety and Health Bureau in the Department of Labor is also conducting an investigation. 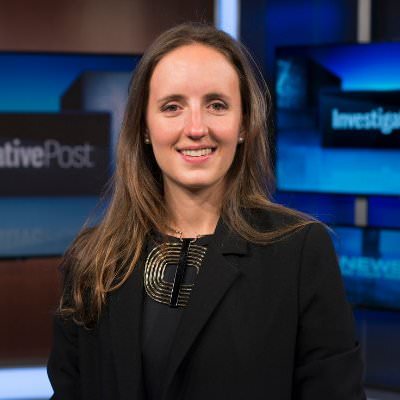