In contrast with county, City Hall has yet to adopt recommendations aimed at cutting sky-high rates
By Marsha McLeod

Hundreds of young children living in Buffalo’s inner-city neighborhoods continue to be diagnosed every year with lead poisoning.

And City Hall continues to do next to nothing about it.

“Buffalo has not made as much progress as other communities have and not as much progress as perhaps they could,” said Andrew McLellan, president of Environmental Education Associates, which trains contractors and others to recognize and remediate lead hazards.

Thirteen months ago, the Center for Governmental Research, a consulting firm in Rochester, developed an action plan with 19 recommendations for the city, county and state to adopt.

The county has enacted the three recommendations it was asked to adopt. The state has implemented at least one of its five.

However, Mayor Byron Brown and the Common Council have not enacted any of the eleven recommendations requiring city action. While the administration has done some of the necessary legwork, it has not yet translated it into proposed legislation or much in the way of policy. The Council has initiated nothing on its own.

“Everybody needs to be tested, every house needs to be tested, and remediated, and that has to happen, as soon as humanly possible,” said John Washington, co-director of organizing at PUSH Buffalo, which is active on the West Side promoting affordable housing and social justice.

Why the delay on the city’s part?

Brown refused to answer questions for this story. Louis Petrucci, assistant director at the city’s department of Permit & Inspection Services, told Investigative Post that work has been going on behind the scenes.

“We are hoping to roll out a variety of different initiatives in the very near future,” he said.

Lead, even in small traces, can have devastating effects on developing brains. In children, it can lead to learning difficulties, behavioral issues and health problems like high blood pressure and anemia.

In 2017, about 700 children across the county were diagnosed with elevated blood lead levels, according to the state and county health departments. The vast majority live in Buffalo’s low-income neighborhoods.

Children who live in predominantly black and Latino neighborhoods are 12 times more likely than children in mostly white neighborhoods to have an elevated blood lead level, according to a study cited in the action plan.

Investigative Post reported in 2015 that one zip code on Buffalo’s West Side and two on its East Side accounted for three of the four zip codes with the most new cases of lead poisoning in all of upstate.

Reuters, in a 2017 national report, declared Buffalo “among the most dangerous lead hotspots in America.” Lead poisoning rates in Buffalo’s hardest-hit neighborhoods were eight times higher than those in Flint, MI, during that city’s water crisis, the news service reported.

The main source of the problem in Buffalo is lead paint in the city’s old housing stock. The action plan determined that children living in one and two family rental units are most at risk.

With this in mind, the plan emphasized the need for legislation that would mandate all one and two family rentals be inspected for lead hazards on a regular basis.

Other recommendations in the report include: requiring contractors to provide ground cover when doing demolitions (city), strengthening enforcement of lead safe work practice rules (county), and lowering the level of lead within a child’s blood that would trigger an intervention (state).

The report was released in March 2018 by the Community Foundation for Greater Buffalo, which worked with a variety of partners, including the city and county.

Erie County has adopted the three measures the action plan asked of it.

“We jumped right on the recommendations, and we are behind it, we want to do it, because we are all on the same page to eradicate lead poisoning,” said Tom Muscarella, a senior public health sanitarian with the county Department of Health.

Contractors and property owners have been required to follow lead safe work practices intended to avoid the spread of dust when disturbing lead paint. A change in the county’s sanitary code provides inspectors with new enforcement powers.

Previously, the primary agency responsible for enforcing lead safe work practices was the U.S. Environmental Protection Agency. But EPA’s program has been extremely limited. In 2016, it settled with 123 contractors, landlords and property managers nationwide. Of these cases, only three were in New York and none were upstate.

That’s happened once already, when Maxim Levin, a landlord from Amherst, was charged in March.

“I got to give the county a lot of credit for seeing that landlord arrested last week, that should be shouted from the highest mountain top,” McLellan, the environmental hazard trainer, said in April.

The report’s final recommendation to the county — to inspect the home of any family with a child under two who receive a security deposit from the county Department of Social Services — has generated only seven referrals, said Muscarella.

The action plan also included five recommendations for state action. New York has adopted one, lowering the threshold for lead levels in a child’s blood that trigger intervention.

Recommendations not acted on include a state takeover of the EPA enforcement program for violations of lead safe work practices, as 14 other states have done.

In a press release last year, Brown said his administration would review the action plan’s recommendations and “take the additional and necessary steps” to protect children.

The key recommendation would mandate periodic interior inspections of one and two unit rentals for lead hazards. Related is a recommendation that owner-occupied doubles be required to register as rental properties and that the rental unit be subject to inspection.

Rochester mandated interior inspections in 2005. Since then, the number of children diagnosed with elevated blood lead levels has dropped substantially.

“In terms of the implementation, it’s a long process. The process is not just writing something down,” said Petrucci, citing the need to draft legislation, hire staffers and find funding.

“We are on a moving train and it is moving a lot faster than we have the resources to stop it with,” he said. 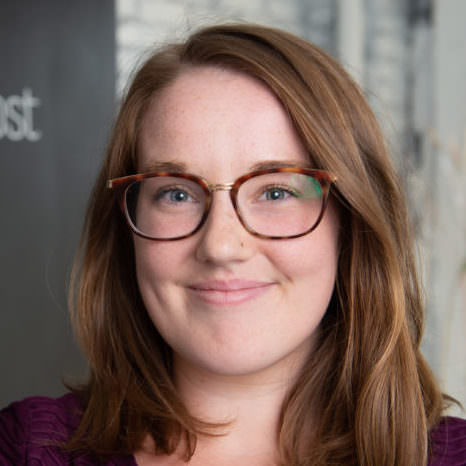