Pandemic has worsened the opioid crisis. More people are dying of overdoses and fewer are being admitted for treatment.
By Ali Ingersoll

There’s yet another consequence to the COVID-19 pandemic: More opioid users are dying of overdoses.

Health authorities report that opioid use has not increased locally, but because of social isolation, more people are using alone, making it less likely someone is around to help them in the event they overdose.

Eighty-five people died in Erie County from presumed overdoses through the first four months of the year. That’s up from 48 during the same period last year and 64 in 2018.

“They’re alone and we’re finding people too late,” said Cheryll Moore, director of the Erie County Department of Health Opioid Program. “Way too late. It is long after they’ve passed on.”

Another consequence of the pandemic: Mandates to reduce facility populations and limit admissions to rehabilitation centers in order to promote social distancing have reduced treatment options for addicts.

“Just the fact that I have to turn people away is killing me,” said Avi Israel, the founder of Save the Michaels of the World.

The foundation is named after his son, Michael, who was addicted to opioids and took his life in 2011 after being turned away from a treatment facility. Israel started the organization to prevent others from being in the same situation as Michael: seeking help, but unable to get it.

Erie County is seeing a demographic change in the people who are dying, too. Prior to the pandemic, the average victim was a white male in his late 30s. Authorities are now seeing a spike of deaths among people in their 50s.

“These are people who normally, in their normal life, would not be at home right now,” said Moore.

The pandemic is expected to increase the number of what are considered deaths of despair. That is, deaths associated with mental health, economic factors and related drug and alcohol use. By one estimate, nearly as many Americans could die deaths of despair related to the pandemic as have lost their lives so far to the virus itself.

Deaths from opioid-related overdoses had tapered off the last few years. In Erie County, the worst year on record was 2016, when 325 people died.

The majority of people who are addicted to drugs became hooked through taking prescriptions like Oxycontin. The drugs at the center of the overdose crisis have progressed over time, starting with pills, then heroin, and now synthetic opioids.

Ingersoll discusses her story on WBEN

In Erie County, only 14 percent of the heroin on the street is pure opium; most of what is being sold and used is a mixture of other substances including fentanyl, according to Moore. Other drugs, including stimulants like cocaine, have also been found to contain synthetic opioids.

In early March, the county experienced an uptick in overdoses, which Moore attributes to the presence of fentanyl in cocaine.

Due to the complex chemical analogues and mixture of drugs, it takes months for toxicology reports to be completed. While the county is reporting 85 presumed overdose fatalities through the end of April, only 15 deaths have been ruled confirmed overdoses.

The ongoing crisis began in the late 1990s and early 2000s at the hands of doctors prescribing powerful opioid painkillers. Between 2006 and 2014, more than 395 million pain pills were prescribed to Erie County residents, according to data released by the Drug Enforcement Administration. That’s 47 pills per person.

In the same timeframe, more than 100 billion painkillers were shipped around the country.

The drugs are to blame for the addiction of hundreds of thousands of people, claiming more lives annually than the Vietnam War did during that conflict’s peak, and contributing to shortening the life expectancy of Americans.

There isn’t evidence of more opioid use, Moore said. First responders answer 50 to 60 emergency overdose calls a month, a number that hasn’t changed from previous years.

What has changed is the environments in which people are using. Because of business closures and shelter-in-place orders, people are more likely to use opioids at home. The problem: There are more people in public spaces like an office or bars and restaurants than at home to intervene in the event of an overdose.

“We’re losing people because of it,” Moore said.

The county has partnered with a national foundation, encouraging people to never use alone. The program allows a person to call or message someone anonymously when they are about to use drugs. If there’s a lapse in the conversation, the person on the other end of the hotline will call 911.

A change in routine has also contributed to the problem, said Moore.

“This woman went to wake up her husband, who would usually be in work but their normal patterns have changed because of COVID,” Moore recounted. “She went to wake him up two hours later than normal and he had already passed.”

Health officials in other Western New York counties are reporting upticks in fatal overdoses, as well.

In Niagara County, 16 people have died in overdoses; last year at this time, that number was 11. People with substance abuse disorders are citing a variety of reasons, including COVID-related fear and anxiety, for the increase.

“The traditional supply chains – not the same drug, not the same dealer – have been disrupted, so folks are using different drugs, or combinations of drugs to achieve a high,” said Laura Kelemen, Director of Mental Health Services and Substance Abuse.

Eight people in Chautauqua County have died from overdoses so far this year. There were 15 fatal overdoses during all of 2019. The county health director has concerns about social distancing, but has warned users about the drugs being sold there because they are “heavily laced with fentanyl.”

“Isolation is a trigger and those in recovery seem to have a higher risk of relapse,” Christine Schuyler, the Chautauqua County Public Health Director, wrote in an email.

Erie County and its Opioid Epidemic Task Force have been lauded in recent years for their efforts to reduce the number of overdose deaths by launching programs like Opioid Court and Rapid Evaluation Appropriate Placement, both of which offer support and treatment options to people with substance abuse issues.

Buffalo City Court’s Opioid Court has been suspended since March, when all courts closed to nonessential matters. Meanwhile, service providers and support groups have had to scale back in-person operations to minimize the risk of exposure to COVID-19.

Moore and others in public health fear many people will relapse during the pandemic.

“The psychological impact — that is huge,” said Dr. Tildabeth Doscher, fellowship director for addiction medicine at the University at Buffalo. “The opposite of addiction is connection. We have not done a good job at creating connections.”

“The treatment community has been thrown through the loop,” said Doscher, also medical director at Phoenix House, a treatment facility in the New York City area. “Treatment has taken a back burner during COVID and it’s been very disruptive.”

Due to how easily coronavirus can spread among large groups, the New York State Office of Addiction Service and Support released guidelines for reducing the spread or an outbreak at an in-patient facility. The recommendations include reducing admissions “to only those who [are] at very high risk of imminent harm from continued substance use” as well as providing “single patient rooms where possible.”

Many treatment facilities, including Phoenix House, are working to put long-term provisions in place to accommodate for social distancing. Until that happens, space at in-patient care facilities remains “a premium,” according to Israel, the Save the Michaels founder.

“Mental health and addiction usually get kicked aside, but now they’re shoved down the sewer,” he said.

For the first time, Israel said, he’s asking people if they can wait for treatment until beds open up. While some initially agree to that, he said only about half show up the day they’re supposed to go to a facility.

“You can’t just sit around and wait for this to pass,” Israel said. “With addiction, you have to be there when the person is ready, and if you’re not there to help them, they could die.”

Two people for whom Israel was working to secure beds at facilities took their own lives while waiting, he said.

“I get flashbacks of Michael the day he died,” Israel said. “They get to a point where they don’t see a light at the end of the tunnel, and the isolation isn’t helping.”

Fatalities resulting from suicide, drug and alcohol poisoning, along with alcoholic liver disease and cirrhosis, are often categorized as deaths of despair.

In 2018, more than 181,000 people died this way, according to researchers with the Well Being Trust who analyzed data from the Centers for Disease Control and Prevention. Researchers note that factors such as isolation, access to health care, and community conditions like inequalities in education, housing and income, are contributing factors.

“This is really the trauma, the despair, the hopelessness, helplessness,” Moore said.

Using predictive modeling, researchers estimate, on average, an additional 68,000 Americans could die from COVID’s impact on the economy, mental health, and related drug and alcohol use.

Research has shown a correlation between unemployment and suicide rates. During the Great Recession, a study found for each percentage point the unemployment rate increased, the rate of suicide grew by 1.6 percent.

Buffalo Niagara’s unemployment rate has jumped from 5 percent prior to the pandemic to 24 percent today.

“The country is in one big mess and it’s sad,” said Israel. “For us in this field, it’s heartbreaking.” 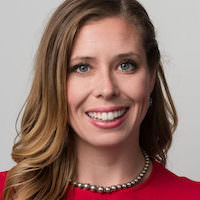