John Kaehny of Reinvent Albany sees little to like in the state's spending plan. For starters, there's that $8 billion slush fund, which he said is an open invitation to corruption.
By Jim Heaney 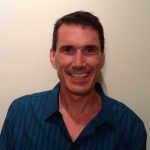 John Kaehny is executive director of the good-government group Reinvent Albany and a leading experts on state government. He and his team have been poring over the state budget, which as adopted April 6.  He offered this take in an interview last week with Investigative Post Editor Jim Heaney.

Heaney: Before we get into dollars and cents, let’s talk about the process the governor and state Legislature used to determine how to spend $220 billion this coming year. Is it anyway to run a railroad?

Kaehny: New York needs a better name than “budget process.” The governor and legislature have created this artificial process in which the biggest government decisions of the year are made during two to three weeks of totally secret negotiations. It’s abysmal. Few legislators know what’s going on, and for sure taxpayers, voters, the public, whatever you call us, do not.

It’s been that way for a long time. What’s it going to take to change?

Massive social upheaval. Or, more, likely the Albany big dogs, the special interests that cash in, no longer see it’s to their advantage. Problem is that the secret process increases the power of the governor, legislative leaders and the most influential special interests. They like it that way.

Hochul and legislative leaders had record amounts of money to spend. Is that because of the federal pandemic aid?

Mainly. New York State got about $270 billion in federal COVID aid. Plus, Wall Street did really well, and rich people did really well during COVID, and the state took in far more personal income tax than was expected.

Does this budget, and the state’s four-year spending plan, set us up for fiscal problems down the road, when the federal aid is used up?

Yes and no. Even before COVID, the state was already living way beyond our means because of the huge amounts of state authority debt being borrowed and the huge future health obligations for retired workers and Medicaid. Plus the state is very dependent on the very rich. Roughly 1 percent of taxpayers pay close to half of personal income taxes. This budget spends a lot, but much of it is in the form of one-shot expenses. Still, it’s going to be utterly shocking to New York State when the federal gravy train ends.

And when will that be?

Sometime in the next couple of years. Depends on who controls Congress. For sure, New York will start feeling reductions in federal aid by January 2024.

Let’s talk about the budget itself. Your assessment?

This budget process was another in a long line of disappointments, frittering away money pandering to specific groups of voters and a potentially humongous corruption bomb. The budget slathers billions in surplus funds to dubious, election-year pandering like the Buffalo Bills stadium, gas tax holiday, mortgage subsidies for some homeowners, etc.

By far the most jaw-dropping surprise is the huge size of the slush funds approved in the final budget. We can document at least $8 billion in new “COVID Emergency” funds that can actually be spent on anything the governor and legislature agree on — and are NOT subject to review by the state comptroller.

How big is this $8 billion as slush funds go, and how much opportunity does this present for mischief?

The biggest previous slush fund was the State and Municipal Fund, which was around $3.5 billion over a few years. Budget analysts at other groups agree with our take that this is by far the biggest pork-barrel slush fund in New York history. The corruption risk is potentially massive. The fact that the final budget removes the comptroller’s contract review power, which was in the Legislature’s one house budget bills, is a gigantic red flag that the governor and legislative leaders do not want any independent oversight.

The governor promised in her transparency report to have the Division of Budget reveal the details and sponsors of legislative MOU (memorandum of understanding) sponsored slush funds, and this is going to be immediately put to the test. Note that the grant money former Lieutenant Governor Benjamin steered to the foundation of a campaign funder is very similar to this mega-pork funding, but from a much smaller pot of money.

Any progress in restoring the power of the comptroller lost during the Cuomo years?

No, zero. The legislature needs to restore the comptroller’s authority to audit all state contracts, which was taken away in 2011 in Andrew Cuomo’s first budget. The comptroller had the power for 100 years and removing it is an invitation to waste, fraud and abuse.

What’s your take on the Database of Deals, which as originally proposed was intended to provide transparency in the way the state doles out economic development subsidies?

Gotta say, given that a very good bill was included in both legislative one-house budget proposals, we were disappointed that the final version included in the budget is so riddled with loopholes. It’s good the Database is in law and can be improved on, but the pigs at the subsidy trough are not making it easy to get basic public transparency for the $5 billion in New York state taxpayer funds given to businesses every year! That is a ton of money, and a reason that taxes are high on the people and businesses who are not getting special treatment by the state.

Any meaningful progress on ethics?

Overall, it doesn’t sound like Hochul is “changing the culture,” as she has promised.

Low bar here. Hochul does not appear to be a sociopathic bully who revels in their opponents’ failures. There is less yelling and screaming, more smiling, but the same basic culture of secretiveness and pay-to-play that has plagued Albany for so long remains, and that continues to corrosively undermine confidence in state government.

How would you compare Hochul’s management of the budget process with Cuomo?

Hochul’s most important hiring decision was keeping Rob Mujica, Cuomo’s budget director, and previously the lead budget negotiator for the state senate GOP. This budget has Mujica’s fingerprints, good and bad, all over it.

Basically the same or even more secretive process than Cuomo, with less public grandstanding and bullying. Still, she highly antagonized the legislature by dropping bail policy into the budget talks without any notice.

In the wake of the budget process, what is the state of relations between the governor and legislative leaders?

Not as good as before the budget. We will soon know because the massive 421-a NYC real estate tax break was allowed to expire and that’s sure to push the political tempers through the roof.

Go Bills. For what we’re paying, you better bring back some rings.