A native of central Pennsylvania, he most recently reported for The Sun News in Myrtle Beach, South Carolina. He worked for three years with PublicSource, a nonprofit news organization in Pittsburgh after graduating from the University of Pittsburgh, where he served as managing editor of The Pitt News, the student newspaper which publishes daily. He also served a stint as reporter at the Newark Star-Ledger. 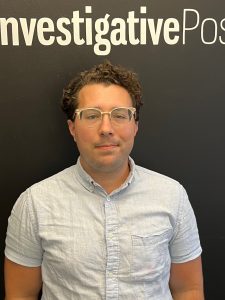 Shoemaker’s reporting for PublicSource prompted Pittsburgh to pass a transparency law for city contracts that requires the release of additional information on spending prior to approval. For The Sun-News he documented the false promises of a failed interstate highway project.

“Dale has a nice blend of skills, including data analysis. He’s a solid addition to our staff,” said Jim Heaney, Investigative Post editor.

Said Shoemaker: “Nonprofit investigative newsrooms are where I’ve done some of my best work, and that’s why I was eager to join the team at Investigative Post. This newsroom has done a yeoman’s job of producing deep, empathetic, feet-to-fire investigative reporting for the people of Buffalo and Western New York. I hope to carry on that work as part of this team. It’s an honor to be among such talented reporters.”

Shoemaker, 27, will cover economic issues for Investigative Post. He’ll carry on our coverage of economic development subsidies and issues related to the construction of a new stadium for the Buffalo Bills and renovation of the downtown arena that’s home to the Buffalo Sabres. He’ll also report on economic conditions of the poor and working class, with particular attention paid to the city’s East Side.