Town of Wheatfield officials – encouraged by a lack of urgency among state regulators – have failed to honor their pledge made almost 11 months ago to fence off a toxic landfill deemed a threat to public health.

As a result, nearby residents continue to use the 20-acre landfill to fish, hunt, walk their pets and ride all-terrain vehicles that dig into the contaminated soils. Nothing warns them of any danger other than a small “No Trespassing” sign at the base of the landfill’s gravel service road off Nash Road.

Investigative Post reported in February that Wheatfield officials and the state Department of Environmental Conservation for decades ignored dangers that the landfill poses and disregarded guidance in 1989 to secure the property with a fence.

Some residents who live near the landfill – many worried if what is buried by their homes is affecting their their health and safety – are outraged with DEC and Wheatfield officials over the lack of urgency.

“I cannot believe that there’s not even a sign saying ‘Do Not Enter: Warning. Danger,’ ” said Sarah Kraus, a Forbes Street resident who battles a host of health problems.

“It’s frustrating and it makes me furious,” she said.

State Sen. Robert Ortt, who granted discretionary funds that he controls to cover roughly half the cost to fence off the landfill, said the town should treat the project as an emergency.

“They own the property,” Ortt said. “They need to built it. I can’t go out there and construct it for them.”

The landfill, which operated from 1964 to 1968, was the subject of constant neighborhood complaints of odors, unsafe conditions and the lack of a fence, according to Niagara County Health Department records.

County health officials allowed the state in 1968 to bury some 80 truck loads of Love Canal waste dug up during the construction of the LaSalle Expressway in Niagara Falls.

“Our parents bought these houses thinking that their kids were going to grow up in a great neighborhood and a lot of us are sick now,” said Tammy Keller, a neighbor of the landfill from 1974 to 1987.

Nevertheless, the DEC maintained for decades the landfill posed no risk to human health. In fact, state and local officials disregarded recommendations in a 1989 DEC report that called for fencing in the landfill and constructing a cap to cover the contaminated ground to keep toxic chemicals from spreading.

Landfill is a stone’s throw away from homes in City of North Tonawanda and Town of Wheatfield.

In 2015, the DEC had the Love Canal waste exhumed and shipped out of state. The DEC found more contamination in the soil and groundwater, including a thick, dark-brown carcinogenic mixture of benzene, toluene and chlorinated benzenes. Other contaminants include heavy metals and pesticides. That prompted the state to deem the property a Superfund site.

Officials acknowledge that people nevertheless continued to use the property.

“Dirt bike trails are evident throughout the site and use of such has resulted in landfill materials to become exposed at the surface,” the DEC wrote in a Dec. 21, 2015, public notice. “Therefore, the site represents a significant threat to the environment and public health.”

Two weeks after Investigative Post’s report, Ortt committed state funds to cover half the cost of fencing in the property. At the same time, Ortt said DEC officials told him privately that a fence is unnecessary.

“I couldn’t disagree more,” he said.

“It’s not considered an emergency to get it done today,” Cliffe said.

“We’re doing this because the senator thought it was necessary,” he said.

The DEC refused interview requests, but said in a prepared statement said the state Department of Health “indicated the current risk of exposure to contaminants at this site is low, and therefore fencing the property is not necessary at this time.”

Mary DiPota, a neighbor of Kraus on Forbes Street, said state officials are “full of it.”

“They see no emergency?” she said.

“Because the DEC is not working for the people, they are working for the bottom line. The classification was raised and it is just being pushed aside. The chemicals haven’t just magically disappeared.”

Cliffe said there “were a fair number of hurdles to overcome” that have slowed the project. They include obtaining wetland permits and designing around gas and brine pipelines.

“Perhaps most significant is that we are going to be hiring a contractor to work in an area which is known to have hazardous chemicals throughout,” Cliffe wrote in an email.

In addition, Cliffe said the town is wading through the months-long process with the State Dormitory Authority to secure the senator’s funding before the town can complete begin the $152,000 project.

To date, the town has spent less than $4,000 toward work on the fence.

“The town is not dragging its feet,” Cliffe contended.

“We have not considered it enough of an emergency to suspend procedures and just throw it on the backs of Wheatfield taxpayers.”

Meanwhile, DEC officials said they are in talks with three businesses – Textron Inc, Saint-Gobain Corp. and Republic Services – and the Town of Wheatfield about paying for the landfill cleanup. 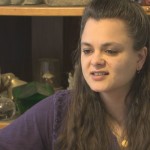 The DEC still does not know the full extent of the contamination or if any toxic chemicals drifted off the landfill. An investigation that will better define the threat to public health and the environment will not begin until the spring.

The slow pace of both the fence project and cleanup effort has left some residents dismayed.

“I was promised a fence by this time and there has been no work done,” Kraus said.