Workforce is the smallest it has been in at least 30 years. While the region is regaining jobs, a full recovery is years away, and some sectors, including higher ed, will never fully rebound.
By Jim Heaney

The coronavirus pandemic has stripped Buffalo-Niagara of so many jobs that the region employs fewer people in the private sector than it has in at least 30 years.

The metro area was down 46,000 private sector jobs in September, compared with a year earlier. That amounts to a 9.6 percent drop. That leaves the labor market with 431,300 full- and part-time jobs.

“It’s the smallest private-sector workforce in 30 years, by a good deal,” said E.J. McMahon, senior fellow at the Empire Center for Public Policy, who conducted the jobs analysis for Investigative Post.

Heaney discusses his story on WBEN

Businesses in Erie and Niagara counties have clawed back more than half the jobs they lost this spring during the height of the pandemic. But McMahon said that recovery has slowed and is expected to remain stalled in the coming months as the pandemic makes a comeback. 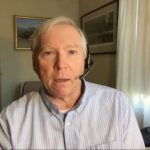 “You’ve made up about 60 percent of the loss,” he said. “The pace of improvement was fastest in June and July and has since slowed down. It’s unlikely the pace of recovery is going to improve as long as the current restrictions are in place.”

While local job growth in recent years lagged behind the national average, the size of the private-sector workforce had nevertheless grown to 480,000, the largest in recent memory.

“Last year and the year before were pretty much the best years for total private-sector employment since 1990,” McMahon said. “Now you’ve crashed.”

The study done by McMahon for Investigative Post found:

“What’s striking is the upstate areas did not have a severe COVID outbreak, unlike downstate,” McMahon said. “But they had exceptionally large declines in employment. They are recovering as slowly as New York City,  which has had a much bigger problem.”

Why the sluggish upstate recovery?

“The upstate economies are not robust or dynamic. They were more fragile.”

The Investigative Post/Empire Center study assessed the job market differently than those based on  the unemployment rate. The study uses the Census of Employment Statistics, which tracks employment at 18,000 businesses throughout the state. It’s considered a more accurate measure than the unemployment rate, which is based on a survey.

Private-sector job losses in Erie and Niagara counties peaked at 110,000 during the height of the pandemic this spring. Some 46,000 of those jobs remained lost as of the end of September compared to a year earlier. That amounts to a 9.6 percent drop.

Jobs in Erie and Niagara counties

Both the payroll numbers and unemployment estimates paint a grim picture.

In its quarterly economic report, the Richard J. Wehle School of Business at Canisius College noted the region’s unemployment rate peaked this spring at 19.3 percent, “the highest it has been since the steel plants closed” in the early 1980s.

“Though the official unemployment rate in September was 6.7 percent, this statistic considered on its own is misleading,” the report continued. Much of the improvement can be attributed not to more jobs but to a smaller workforce looking for employment, as people retired, quit looking for work or opted to stay home to care for their children because of distance learning.

“It is likely that a more accurate measure of unemployment exceeded 10 percent in September,” the Canisius report said.

Statistics show that lower-wage job holders have been especially hard hit, as evidenced in the 24.6 percent drop-off of employment in the hospitality and tourism industry.

“The industries that suffered the brunt of the job losses were those in the lowest-paying industries, a phenomenon that exists in the majority of recessions but one that was made worse by the pandemic,” according to the Canisius report.

Industries providing better-paying jobs suffered more modest job losses for reasons that include a steady demand for their services and the ability of employees to work from home.

The financial sector, for example, which pays an average annual salary of $83,745, has experienced a job drop-off of 3.6 percent. That compares with the hospitality and leisure industry, which pays $25,913 and is down 24.6 percent of jobs. That’s according to the Canisius report.

McMahon said the Buffalo area’s reliance on the so-called “eds and meds” sector is concerning. It’s shed 6,700 jobs, or 7.7 percent of its workforce.

“They were both clobbered by the pandemic. Health care is recovering. Higher education is dead in the water.”

The pandemic, McMahon said, “has accelerated the financial stress they were already feeling.”

Upstate has a relatively large number of colleges and universities, and the shift to distance learning because of the pandemic has had a ripple effect on retail businesses that served students, he said. That’s left many of them “on the ropes,” McMahon said.

McMahon characterized the regional economies of Buffalo, Rochester, Syracuse and Albany as “weak.” Others, such as Binghamton and Elmira, he described as “chronically sick.”

The economies of most upstate regions experienced modest improvements in recent years.

“Their economic recoveries were fragile,” he said. “It’s kind of, ‘Can you take a punch?’ They couldn’t take this punch.”

Buffalo, having fared the best, nevertheless ranked 323 out of 382 metropolitan regions across the United States for job losses compared with a year ago. Put another way: only 59 metros fared worse. Syracuse, which lost a greater share of its workforce of any of the large upstate metros, ranked 27th from the bottom.

That puts upstate in the same league as places like Scranton, PA, Bridgeport, CT, and New Orleans, LA. Places like Cleveland and Pittsburgh have weathered the pandemic a bit better, but not well.

Those who have fared better include Austin, TX, Boise, ID, and Colorado Springs, CO.

McMahon cited a number of factors for upstate’s comparatively weak performance. The state’s high taxes and stricter regulations have a lot to do with it. So does a stagnant, aging population.

Those factors, coupled with the pandemic, leaves the economies of Buffalo and other upstate regions “sluggish and struggling to get off the canvas.”