Covanta plant in Niagara Falls incinerated 13 tons of 'forever chemicals' that posed potential threat to public health. Experts call for a ban and investigation.
By Jim Heaney
By Geoff Kelly and Phil Gambini

When questioned by state officials, Covanta Niagara at first denied it. Eventually, the company admitted burning “a small amount” of the material — aqueous film-forming foam, or AFFF — but claimed it didn’t know what it was burning.

“That is not a small amount,” said David Bond, a Bennington College professor who fought to stop a waste incinerator doing the same thing in Cohoes,  just north of Albany.

“That is enough of these toxic chemicals to bring the entire drinking water of Buffalo and Niagara Falls above New York state’s guidance levels for drinking water.”

The material was burned between January 2017 and December 2019. Neither Covanta nor federal and state regulators alerted the public to the possible danger posed by the burning of AFFF once it was discovered. Nor have surrounding neighborhoods been tested to assess contamination and health risks.

Watch out story tonight at 11 on WGRZ

Widely used for decades at airports and military facilities, the foam’s key ingredients belong to a family of chemicals called PFAS — short for per- and poly-fluorinated alkyl substances. State and federal agencies have classified PFAS as “emerging contaminants,” which means they are still studying the threat they pose to human health and have not yet finalized regulations on how to safely dispose of them.

A spokesperson for Covanta told Investigative Post that “no regulation” prevented Covanta receiving AFFF at its 56th Street plant, which burns waste to generate electricity.

That is true, according to Bond, at least for now. Community groups won state and local legislation outlawing the practice in Cohoes, but the law applies only there.

Until the prohibition is extended statewide, he said, activists and government agencies need to keep a watchful eye on how companies dispose of vast stockpiles of AFFF and other PFAS-containing materials. Right now, he said, there’s a “window” open for those who are trying to get rid of stockpiles “by pushing them as fast as they can into any incinerator that will accept them.”

“It may not have been illegal yet to burn these, but it’s completely stupid, and puts the public health at great risk for no good reason,” Bond said. 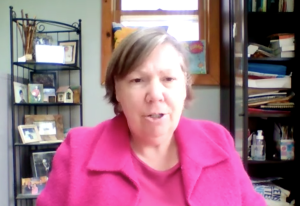 Judith Enck is a former EPA regional administrator for New York and New Jersey. She’s been a top advisor on environmental affairs to New York’s  governor and state attorney general.  She now teaches with Bond at Bennington College.

“They should be burning no toxic firefighting foam at Covanta,” she told Investigative Post.

Enck said state agencies should investigate Covanta and other incinerators across the state to determine how much AFFF and other PFAS-containing materials they have burned.

PFAS compounds have been used commercially in a wide variety of products since their invention in the 1930s. They include the essential ingredients in Teflon and Scotchguard, and in surfactants used to water- and stain-proof clothing, carpeting and furniture.

They’re in adhesives and paints. They comprise the slick coating on takeout food containers, pizza boxes and microwave popcorn bags — anything that benefits from resisting grease. Some manufacturers have used them in dental floss.

The principal producers of PFAS compounds are 3M and DuPont. Internal documents, first published by The Intercept, indicate both companies knew the compounds were dangerous to human health as early as the 1950s but kept their findings secret. The 2019 film Dark Waters, produced by and starring Mark Ruffalo, tells the story of how an environmental attorney uncovered DuPont’s deception.

Last year, Investigative Post reported on a study that found dangerously high levels of PFAS chemicals in the blood of anglers who eat the fish they catch in local waters.

Two years ago, Investigative Post reported on PFAS contamination at the Niagara Falls Air Reserve Base — just two miles from Covanta — which used AFFF for fighting fires and in weekly training drills for decades.

As in the Covanta case, the Defense Department did not alert the surrounding residential communities to the contamination at the Niagara Falls airbase, nor did it test water or soil off the base.

Firefighting foams also have been used and are currently stored at civilian fire departments and airports throughout Western New York, according to a 2017 DEC survey of those facilities.

PFAS has been used by local manufacturers, too, according to a companion survey DEC performed that year. Three companies in Erie County indicated they’d made use of or held stocks of PFAS chemicals: Saint-Gobain in Amherst, AlliedSignal in South Buffalo, and Apple Rubber Products in Lancaster. Participation in both surveys was voluntary, so there may be more.

Contamination from the chemicals is so widespread that it’s often called “ubiquitous.” They’re extremely resistant to decay due to the strength of the molecular bonds, which gives them their nickname: “forever chemicals.” 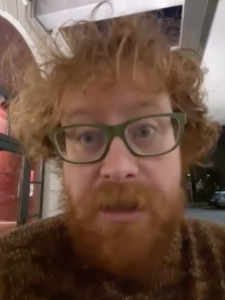 That’s part of what makes AFFF a “remarkable invention” and “one of the best ways to put out fire,” according to Bond.

“This is a fundamentally different class of toxins,” he said. “They’re nearly indestructible. They’re formed by one of the strongest chemical bonds known to man.”

Because the chemicals don’t break down, they persist in landfills, drinking water and human bodies.

Even in trace amounts, PFAS can wreak havoc in the body.

“They disrupt some of the delicate control mechanisms and the processes for just about everything that goes on in the human body,” Brown said.

According to the EPA, exposure can cause high cholesterol, increased liver enzymes, decreased vaccination response, thyroid disorders, pregnancy-induced hypertension and preeclampsia, and testicular and kidney cancer.

The EPA considers incineration an unproven method of disposal, as do other experts. Among them is William Rickman, who spent 50 years as a chemical engineer specializing in the thermal treatment of hazardous materials. In 2020, Rickman testified in an Ohio lawsuit brought by community groups trying to stop the Department of Defense from burning stockpiles of AFFF. The lawsuit alleged the incineration had led to “widespread soil and drinking water contamination” in surrounding communities.

“There is no evidence right now that industrial scale incineration effectively breaks down and destroys these toxic chemicals,” Rickman testified. “And there is good reason to suspect that incineration actually emits these chemicals into the communities that surround incinerators.”

Rickman testified that burning PFAS can create new substances “more toxic than the original waste.” He pointed to a 2017 Defense Department report, which found incinerating PFAS “will also be environmentally unsatisfactory … or toxic.”

Enck said the Defense Department report  allows her to “say with confidence that all of these chemicals are not being destroyed when they’re burned, even at high temperature.”

The EPA is still searching for answers to effectively dispose of AFFF. Last year, the agency offered $60,000 in prizes for new methods to remove 99 percent of PFAS in unused firefighting foam “without creating harmful byproducts.”

Three winners were announced in December. None called for incineration, which came as no surprise to Bond.

“Why would you try to burn firefighting foam?” he said. “It doesn’t make sense, and it doesn’t work.”

Rickman testified that eliminating 99 percent of PFAS from the foam may not be enough. For chemicals like PFAS, which are toxic in trace amounts, a higher standard is required.

“For chemicals that are toxic at low exposure concentrations … a more stringent destruction removal efficiency of 99.9999 percent is necessary,” he testified, “since even 99.99 percent destruction can still result in unsafe levels of the chemical being emitted.”

The 13 tons of AFFF burned at Covanta is a fraction of the PFAS-containing foam incinerated in Cohoes. According to Bond, the Norlite facility there burned a third of the 10,000 tons of AFFF the U.S. military disposed of between 2016 and 2020.

But “even small amounts of PFAS chemicals can affect health,” according to Enck, the former EPA administrator. Plus, she said, there’s no guarantee that’s all that Covanta burned.

“I have little confidence that Covanta knows about potentially other shipments that have come into their facility. They could be burning other PFAS chemicals,” Enck said.

Where the waste came from

The AFFF burned at Covanta came from stockpiles in Massachusetts and Rhode Island. The foam was shipped to a company in Ohio, which blended it with other wastes, then sent it to Niagara Falls, where eventually it was burned.

DEC officials were tipped off that the foam might have ended up at Covanta by a Bloomberg Law article about companies looking for ways to rid themselves of AFFF. Covanta incinerators in Niagara Falls and Indianapolis were mentioned as likely disposal destinations.

Questioned by DEC officials, Covanta officials first denied they’d received the waste, then admitted burning “small amounts” of AFFF,  according to a letter sent to the company by DEC Regional Director Abby Snyder.

“Covanta has informed DEC that it was initially unaware it received AFFF,” Snyder wrote. “This failure is troubling. DEC demands Covanta implement protocols to ensure it understands what it is receiving and to eliminate the possibility of accepting any waste containing AFFF in the future.”

In response, Covanta told DEC it would cease doing business with the companies that sent the foam to Niagara Falls, adding that “Covanta does not accept PFAS waste, such as AFFF.”

The company’s pledge isn’t good enough for Enck and Bond.

Bond said the state law that prohibited burning AFFF in Cohoes should be expanded to cover all incinerators in the state. He said the DEC should test for PFAS contamination in the neighborhoods surrounding Covanta.

“AFFF has a very distinct kind of PFAS fingerprint,” Bond said. “That’s what we detected in the soil and water around the Norlite incinerator in Cohoes that made us suspect that incineration was not fully destroying these toxic chemicals, but rather redistributing them into poor communities that so often line hazardous waste incinerators in the US.”

Where the waste went

Covanta Niagara’s plant opened in 1980 and expanded in 2013. The facility burns waste shipped from clients around the country and uses the heat to generate electricity. About 90 people work there.

The plant is located just north of Buffalo Avenue, along 56th Street, a mile east of downtown Niagara Falls. Half a mile south are the intakes for the city’s water treatment plant. To the west — downwind — is the LaSalle neighborhood, which includes a middle school and several public parks.

It’s a working-class enclave with industrial neighbors upwind — not just Covanta, but the Norampac paper mill, Occidental Chemical, Goodyear Tire & Rubber, St. Gobain Ceramics, Praxair and others. Not to mention a long list of polluters that have shut down, leaving behind a legacy of contamination.

“This would never happen in an affluent community,” Enck said. “It is as if we have sacrifice zones, where because people are poor, or because these are communities of color, environmental regulators do not do what they should be doing in terms of protecting public health.”

Enck said the state should investigate all municipal waste incinerators operating in New York, including Covanta. There are 10 — the second most among the 50 states.

“Not only should DEC investigate the operations in Niagara Falls, but there are numerous other municipal waste incinerators across New York state,” she said. “Have any of these other incinerators — many owned by Covanta — also knowingly or unknowingly accepted AFFF to be burned?”

Bond said many communities across the country are seeing AFFF from elsewhere burned in their backyards. Companies and agencies with the foam are trying to dispose of it before regulators classify PFAS as “hazardous waste.” It’s an effort “to get rid of their own liability,” he said.

“It’s a national story that is also a local crisis everywhere it happens,” he said.