Buffalo schools have started campaigning for their interim superintendent, Tonja Williams, with a publicly funded billboard.

The billboard recently popped up at the intersection of Michigan and Genesee streets, broadcasting Williams’ smiling face and a quote from her: 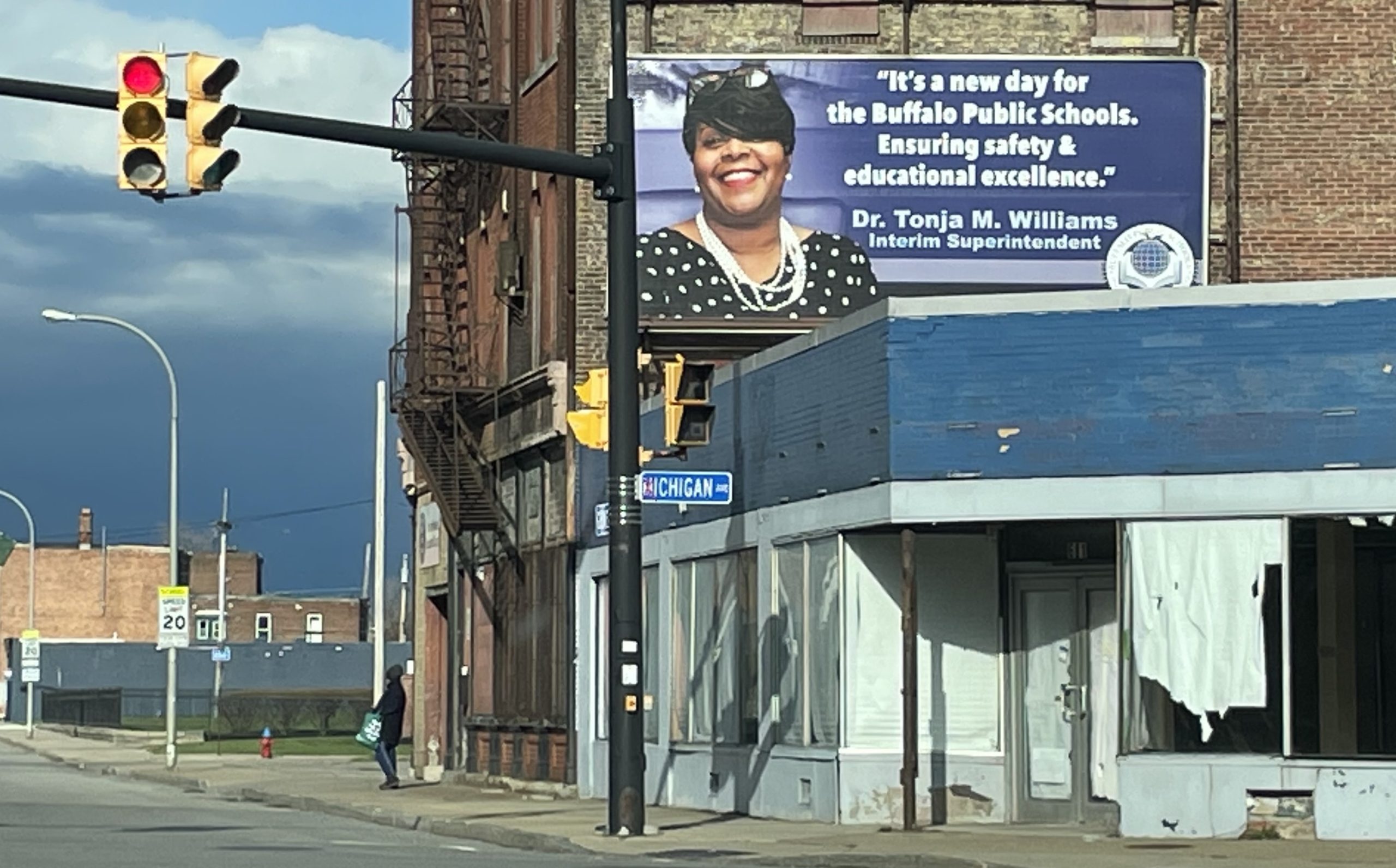 The billboard located on Michigan and Genesee streets touts the interim superintendent.

It’s part of an over $72,000 annual contract the district has with Lamar Advertising to tout community schools, parent center programs and adult education programs on 11 billboards across the city — to “help promote these services and continued learning during the pandemic to residents immediately surrounding the Community Schools.”

The billboard costs the district $5,629 per year, or $433 each month, according to district documents.

On Lamar Advertising’s website, you can see the billboard at one time promoted the district’s summer programming and community schools. The company estimates the billboard is seen by over 14,000 people a week.

Now, the district is advertising its new leadership. Superintendent Kriner Cash resigned in March, receiving a $300,000 payout on his way out.

A district spokesperson told Investigative Post in an email, “The District felt it was important to inform the community that ‘It Is A New Day’ for the Buffalo Public Schools.”

“With the unplanned, mid-year departure of the former superintendent, it is necessary to reassure the parents, children, and community members that BPS will remain strong and viable with its new leadership,” the email said in part.

Williams is being considered as a candidate for the permanent superintendent position. The Buffalo school board has been relatively quiet on its plans to replace Cash. Some community leaders and Common Council members have already expressed their support for hiring Williams, even suggesting the Board of Education skip a local or national search.

Petrucci expects the Board will take its time deciding and much of its deliberation will remain private, like “an executive session that goes on for months,” he said.

“My guess would be that this board starts the process, and the next board, that seats in January, finishes,” Petrucci said.

The billboard featuring Williams will likely stay a while. The district’s contract with Lamar Advertising was reapproved for another year at an April 20 Board of Education meeting, along with a second, nearly $30,000 contract for four additional billboards around the city.