An Indiana native, Looker won a Best News Feature award from the Iowa Newspaper Association while an intern at the Sioux City Journal. While a student at Ball State University, he produced and directed award-winning documentary videos — one examining the history of racial segregation in Muncie, another following Ball State’s bid to take over the city’s struggling public school system. 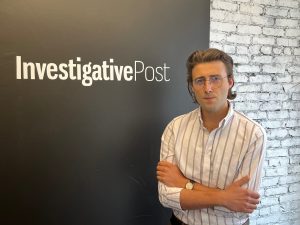 Looker, 25, earned a bachelor’s degree in magazine journalism and a master’s degree in digital storytelling from Ball State.

“Garrett’s skill set as a storyteller, visual and otherwise, makes him a welcome addition to our newsroom,” said Editor Jim Heaney.