Journalism Worth A Million: The fund to grow Investigative Post

We’re the only one that delivers the news on all the major media platforms — television, radio, print and the web.

And we’re the only local outlet with a growing staff and audience.

We’re helping to fill an increasingly large void in the local news ecosystem. We tackle stories that other outlets lack the resources or gumption to take on. And our reporting has outsized impact — the Buffalo Billion corruption convictions are just one example.

That said, we’re swamped. Too many stories that demand coverage, too few reporters to produce them. 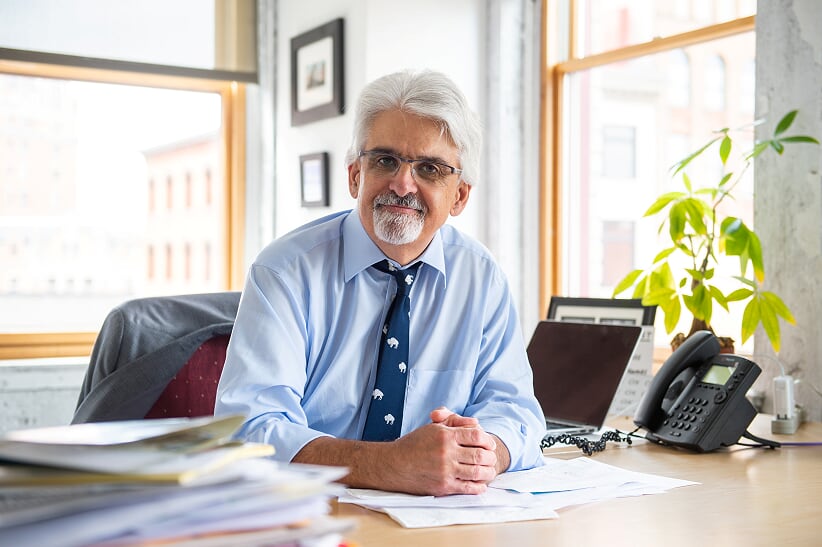 Investigative Post has therefore launched a campaign to raise $1 million through the end of 2021. The money will sustain our current operation and enable us to hire more reporters, expand our award-winning coverage, and bolster our business operations to ensure our economic sustainability.

Our campaign comes at a time when a free press is under assault by economic and political forces. Local news coverage, here in Western New York and across the nation, is under particular stress as revenues fall, staffs are cut or stretched thin, and coverage is scaled back.

News outlets are not the biggest losers, however. That would be the communities they serve, citizens who rely on local outlets to keep them informed on matters big and small. There’s simply less local news coverage and more potential for malfeasance by those in power.

Ben Smith, media columnist for The New York Times, recently wrote that now is “a moment of great promise for a new generation of largely nonprofit local publications.”

That includes Investigative Post. We are uniquely positioned to deliver the most important type of journalism — investigations and analyses that expose corruption and injustice, hold people in power accountable, and explain complicated issues of public importance. But we can’t do it without community support from people who value a free press and a vibrant local media.

Former federal prosecutor Preet Bharara, for one, believes supporting investigative journalism is a smart investment. Here’s what he said in announcing the Buffalo Billion indictments:

“A lot of the greatest work that prosecutors and watchdogs do comes from the work that journalists do, and I would encourage anyone who’s able to fund investigative journalism to spend money on it because it’s money well-spent and it’s good for the public.”

Our mission and impact

Mission: Produce fact-based, nonpartisan investigative stories and analyses on issues that matter to the citizens and taxpayers of Buffalo and Western New York.

Journalism awards: Our work has been cited for excellence in some 20 journalism and other award competitions, including those sponsored by Investigative Reporters & Editors, the Edward R. Murrow Awards and the New York State Associated Press Broadcasters Association.

Board of directors: Our members include local educators, journalists and business and civic leaders – and two Pulitzer Prize winners.

2020 budget: $434,154, more than two-thirds of which is spent on producing journalism. The balance is spent on technology, marketing, administration and fundraising.

Partnerships: We produce stories for all the major media platforms and distribute our work through WGRZ TV (NBC), WBFO (NPR), The Capitol Pressroom and Buffalo Spree.

Audience: As a result of these partnerships, our stories reach an audience of up to 150,000 readers, viewers and listeners. 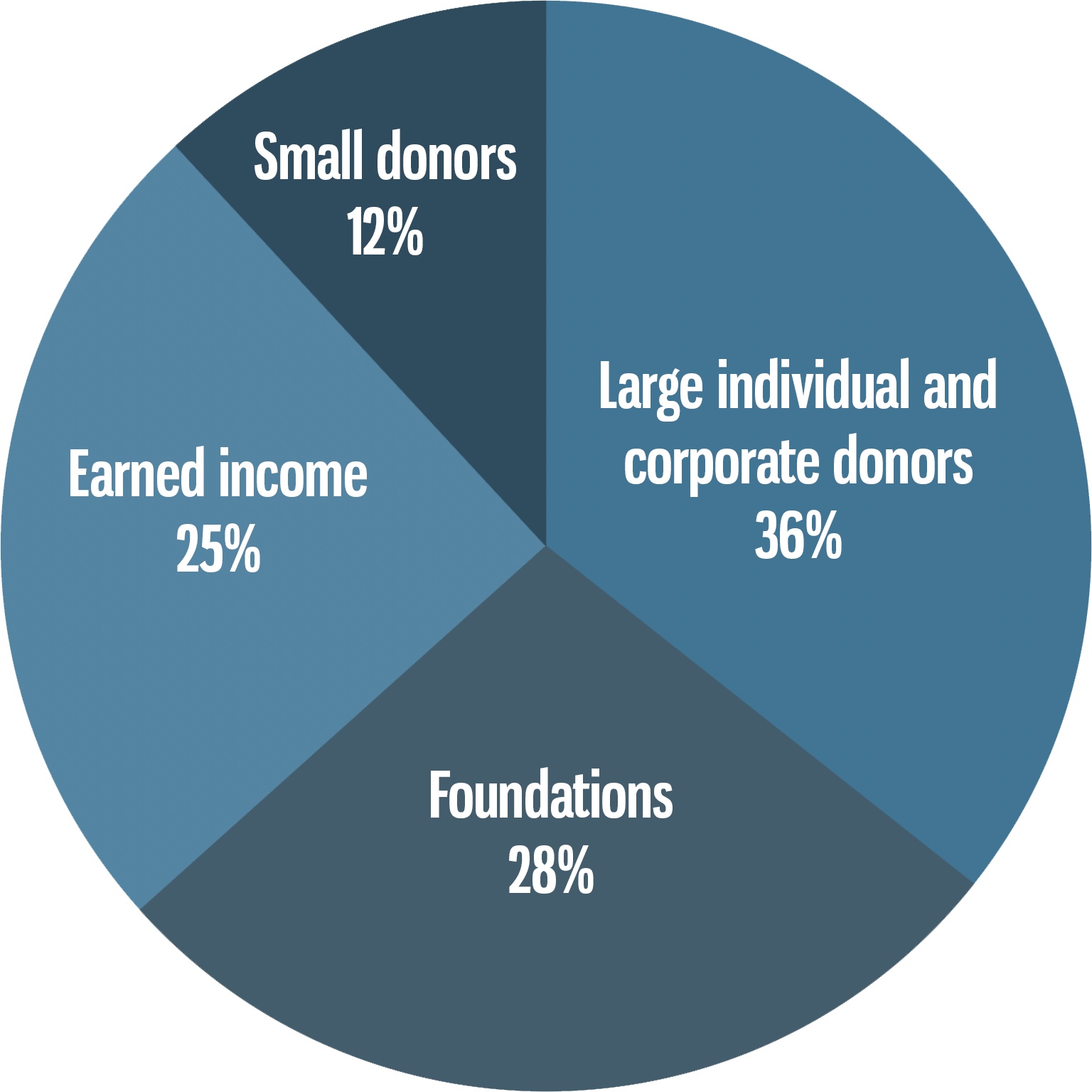 Diversity in funding: We receive broad financial support from individual and corporate donors and local and national foundations.

Local foundation supporters include the Community Foundation for Greater Buffalo, the Margaret L. Wendt Foundation, the M&T Charitable Foundation, the Donald & Barbara Newman Family Foundation, and the Cameron and Jane Baird Foundation. National foundations include the John S. and James L. Knight Foundation and the Ethics & Excellence in Journalism Foundation. Hundreds of individuals, companies and donor-directed funds have made donations that range from $10 to $20,000. Notable individual and business supporters include Try-It Distributing, Savarino Companies, Confer Plastics, Anthony Colucci and Sam Magavern and Monica Angle. See our list of major donors.

Impact: The quality of our reporting and the large audience it reaches means our stories have impact.

Impact: The contributor and a top Cuomo economic development official convicted of corruption.

Coverage: Officials help themselves to costly perks including gold-plated health insurance and tickets to concerts and sporting events.

Impact: Reporting foreshadowed issues that are now the focus of protests and reform efforts.

Impact: Local and state governments commit millions of dollars of funding to stem flow of pollution.

Coverage: Buffalo a hotspot as hundreds of inner-city children are diagnosed every year with lead poisoning.

We select stories based on their importance and potential for impact. Our aim is to expose wrongdoing and injustice, explain complex issues and hold people in power accountable. Much of what we report on would otherwise go uncovered.

We apply rigorous reporting standards to our work and make extensive use of data and documents to supplement interviews and other reporting methods.

While we cover a range of topics, our reporting is focused on the environment, education, criminal justice, economic development and government and corporate malfeasance.

There is a growing need for investigative and explanatory journalism in our community and a diminished capacity for established outlets to produce it. With sufficient financial support, we’re ready to help fill this gap. Doing so requires us to add journalists to our staff, expand our scope of coverage and improve our capacity to produce broadcast versions of our stories.

We plan to add a fifth full-time reporter in 2021 to further expand our regional coverage.

Our stepped-up reporting will require part-time support staff to help research stories and produce them for television and radio.

Our plans also include efforts to diversify our operation through our hiring and development of a pipeline of collegiate and high school talent of budding minority journalists.

Investigative Post’s continued growth will provide the public valuable insight and intelligence that is otherwise likely to go unreported. The importance of watchdog journalism has never been greater and Investigative Post is uniquely positioned to provide that coverage and deliver it to a wide audience.

Investigative Post has built a solid foundation during its nine years of publishing. It produces top-shelf journalism delivered to a large audience and has built a diversified base of financial supporters. But our continued growth depends on greater financial support from the community to not only to help pay for more journalism but to also cultivate a larger direct audience, which, in turn, will increase the size of our donor base.

Our media partnerships provide us with a large audience. But, due to market fragmentation, there are many people in our community who are still not aware of us or are uncertain where to find our work. Moreover, we “own” a relatively small portion of our total audience, that is, people who visit our website. Rather, most of our audience is “borrowed,” three to five minutes at a time, when they view or listen to our stories broadcast by our partners. That poses challenges, particularly when it comes to fundraising.

The solution: Increase our brand awareness through improved marketing. The objective is to dramatically increase the size of our “owned audience.” That is, people who visit our website, subscribe to our weekly newsletter and “like” our Facebook page. Doing so establishes a direct relationship with our audience, an essential first step to convert our readers into donors.

These are proven tactics, as we send out a weekly newsletter with an open rate consistently above 30 percent, considered good by industry standards, and Facebook accounts for up to 90 percent of our referrals from social media and half our total web traffic.

The plan: Promote brand awareness and increase email subscribers and Facebook likes with paid digital advertising on platforms including Facebook, YouTube and Google. Our goal is to double our email subscribers and Facebook likes in 2021. Our larger Facebook and email following will enable us to drive more traffic to our website and help make the case to our readers they should donate.

We have used these tactics with success in the past and they provide a good return on investment.

The goal: We’ve set a fundraising target of $1 million for the last half of 2020 and all of 2021. This income will cover our current level of expenses and provide the income necessary to:

We’re confident our goals are attainable, but they require the support of those who value local journalism and a free press.

If you’re interested in learning more, contact our director of development, Nancy Webb, at nwebb@investigativepost.org or 716-831-2626 x. 2. You can also donate directly at this secure link.