Buffalo’s best print reporters? The team at Investigative Post, according to Buffalo Spree magazine in its “best of” issue that just hit news stands.

“Local reporting needs an occasional sharp edge; that edge is getting harder to find in WNY’s traditional media. That’s where Investigative Post steps in,” the magazine declares in its August issue.

“The team, lead by former Buffalo News reporter Jim Heaney, produces its intensively researched stories on vital topics for various local outlets, including The Public, Buffalo’s weekly alternative paper. It is the only news organization in the area devoted to watchdog journalism.”

Buffalo Spree, the region’s city magazine that’s celebrating its 50th anniversary, bestowed “best of” designations in 191 categories, including a half-dozen in media.

“We have used a combination of public poll results and expert panels to arrive at the final winners. We have high expectations for our list and need to make sure that the recipients are truly deserving – not just winners of popularity contests,” magazine editors wrote.

“We consider two criteria in selecting topics to report on,” Heaney explained. “First, we want to expose wrongdoing or explain a complicated, important issue. Another factor is whether the story has the potential to have impact, as we want our reporting to make a difference.” 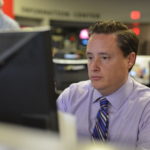 The accolades from Spree adds to Investigative Post’s growing list of honors. In recent months, the New York State Associated Press Broadcasters Association and the National Association of Black Journalists has honored Telvock’s coverage on lead poisoning in Buffalo’s inner-city. The AP also cited Telvock’s reporting on a toxic landfill in Wheatfield.

Last year, Keith was selected as one of the nation’s outstanding young journalists by the Livingston Awards and Heaney, along with Steve Brown of WGRZ, received a Edward R. Murrow Award.

Spree also honored Investigative Post last year, selecting it as the region’s best activist organization, lauding it for “drawing public attention to issues that could work against the public good and prompting activism around those issues.” 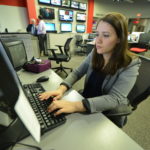 While lauded by Spree for its print prowess, Investigative Post produces its award-winning journalism for all the major media platforms, including television, radio, newspapers and the web. Its partners include WGRZ (NBC), WBFO and The Capitol Pressroom (both NPR) and The Public. Selected stories are distributed though several other outlets, including the Niagara Gazette and Albany Times Union.

Investigative Post, a 501 c-3 non-profit, was launched in 2012. It enjoys widespread community support, as evidenced by the more than 500 individuals, companies and foundations that have donated in the past year-and-a-half alone. 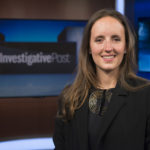 Investigative Post will celebrate its success at a benefit concert this coming Friday, July 28, with a 5:30 p.m. show at the Sportsmen’s Tavern featuring Tom Toles and the Outlyers. Maryalice Demler of WGRZ will emcee. Tickets are available online or at the door. Details are here.